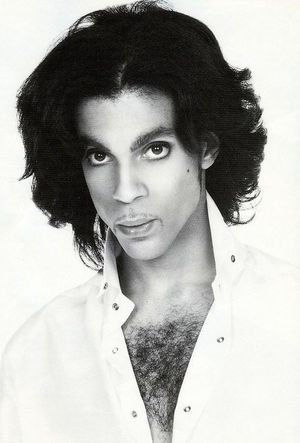 (April 21)- The music world mourns the passing of musical legend, PRINCE ROGERS NELSON, at his Paisley Park home in suburban Minneapolis today. The seven-time Grammy award winning star, admired for his youthful appearance was just 57. "It is with profound sadness that I am confirming that the legendary, iconic performer Prince Rogers Nelson has died," his publicist Yvette Noel-Schure, wrote in a statement.
At 5-foot-2, the diminutive Minneapolis native burst on the scene in the late 1970s, leaving an indelible mark on the music industry. Known for stilettos, flowing hair, risqué lyrics and photos, the self taught musician crafted an image and sound unlike any we'd heard (or seen) before. In 1984, his breakthrough smash movie and soundtrack, Purple Rain, catapulted the singer into musical orbit where he remains. Even in death.
Nelson is credited with jumpstarting the careers of Vanity & Apollonia 6, Morris Day & the Time, Sheila E. and Sheena Easton. His brand of funk, oft imitated but never duplicated, remains as relevant today as it was when first released. Known for hits such as 1999, Controversy, Wanna Be Your Lover, Do Me Baby, International Lover, Purple Rain, When Doves Cry, I Would Die 4 U, Adore and Scandalous, his music remains on playlists across the globe. The singer, songwriter, musician, producer, actor and activist was inducted in the Rock & Roll Hall Of Fame in 2004 and has sold more that 100 million records during his career.
A devout Jehovah's Witness, Prince married twice and had no living children.
While details are sketchy surrounding his death what we know is that the singer suffered a medical emergency on April 15th after performing two sold out shows in Atlanta. He emerged the following day to assure fans that he was okay and reports were that he had been battling the flu.
Man. This one hurts...
You will be missed, Prince.
Rest in power.